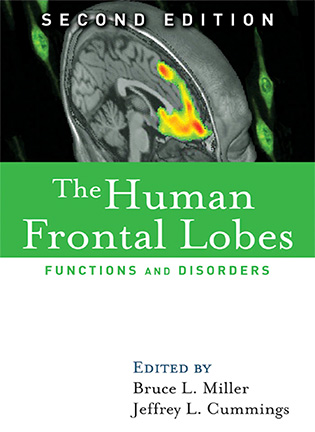 Описание: The second edition of The Human Frontal Lobes represents a window into the rapid growth of our knowledge on the functions of the frontal lobe. In the few years since the first edition was released, the sophistication of our understanding, and the technologies and techniques that have been developed, continue to expand the horizons of our appreciation of frontal lobe functions and their centrality in human behavior.
Since the publication of the first edition of The Human Frontal Lobes in 1999, scientific understanding of the frontal lobes has greatly advanced, with the fields of neuropsychology, neuroimaging, and neuroscience all contributing to a rapidly changing perspective on the role of the frontal lobes in behavior and cognition. Not only are these advances important for understanding the neuroanatomy, neurophysiology, and neurochemistry of frontal lobe function, but they have also altered clinical approaches to the evaluation of patients with frontal lobe disorders. This changing landscape is reflected in this book's new edition. This second edition of The Human Frontal Lobes brings an international perspective to the organization, function, and role in disease of the frontal lobes, and the chapter authors come from a wide variety of specialties.
The neuroanatomical section of this book is reorganized and expanded to reflect the evolving understanding of frontal lobe divisions. Increasingly, frontal lobe divisions are influenced by a better understanding of the circuits and connections associated with specific frontal areas. Harry J. Jerison contributes a fascinating chapter on evolution that challenges existing paradigms regarding selective growth of prefrontal regions. Daniel H. Geschwind and Marco Iacoboni, leaders in our understanding of brain asymmetries, further pursue novel aspects of prefrontal anatomy by describing differences in left versus right prefrontal structure, changes that reflect these unique aspects of human anatomy. Other chapters in this section explore the anatomy of prefrontal cortex from the histological to the gross morphological level. These contributions are lively and accessible to a broad audience ranging from clinicians to basic scientists. Similarly, the neurochemistry section of this book reflects new concepts regarding the roles of serotonin, acetylcholine, and dopamine in the cognitive and emotional functions of the frontal lobe. The role of dopamine in reward and learning is emphasized in a new chapter from Antonello Bonci and Susan Jones.
Over the past 7 years the field of functional imaging has expanded, leading to a comprehensive picture of the circuitry that contributes to the cognitive and emotional underpinnings of frontal lobe function. The sections on functional and structural imaging and on neuropsychological functions reflect this evolving story. Howard Rosen and David Dean offer a new chapter on structural imaging and Adam L. Boxer describes the role that the frontal lobes play in the planning of move ment. A new chapter from Margaret McKinnon and colleagues discusses the key role of frontal cortex in autobiographical memory, and Adam Gazzaley and Mark D'Esposito outline the anatomy and testing of working memory.
The neuropsychology section has chapters that range from practical to theoretical. Joel H. Kramer and Lovingly Quitania offer a practical approach to bedside neuropsychological testing, while Donald T. Stuss explores more experimental approaches to frontal testing. The critical roles of the frontal lobes in personality and emotion are described in a new chapter from Katherine P. Rankin.
The clinical chapters reflect an explosion of new findings regarding the critical functions of the frontal lobes in the major degenerative disorders. A new series of chapters explore the clinical (Pei-Ning Wang and Bruce L. Miller), imaging (Murray Grossman), and neuropathological (Nigel J. Cairns and colleagues) features of frontotemporal dementia and related disorders. Finally, the wide range of neurological and psychiatric syndromes that are driven by loss of function in prefrontal cortex are described.
The Human Frontal Lobes is recommended for readers who enjoyed the first edition of this book and for new readers interested in the rapidly evolving story regarding the role of the prefrontal cortex in human disease.

OVERVIEW OF THE FRONTAL LOBES